Now in its 35th year, the Entrepreneur Of The Year program honors unstoppable business leaders whose ambition, ingenuity and courage in the face of adversity help catapult from the now to next and beyond. Award winners will be announced during a special virtual celebration on Tuesday, July 27, 2021, becoming lifetime members of an esteemed community of Entrepreneur Of The Year alumni from around the world.

Entrepreneur Of The Year is one of the preeminent competitive award programs for entrepreneurs and leaders of high-growth companies. The nominees are evaluated based on six criteria: entrepreneurial leadership; talent management; degree of difficulty; financial performance; societal impact and building a values-based company; and originality, innovation and future plans. Since its launch, the program has expanded to recognize business leaders in more than 145 cities in over 60 countries around the world.

"It's truly an honor to be named a finalist for this prestigious award," says Sen. "When we launched Gravie in 2013, we did so because we knew there had to be a better way to offer health benefits. Employers, individuals and brokers have embraced Gravie's approach, and our continued growth and momentum is thanks to those we serve and our team of dedicated innovators."

"Since day one, our goal has been to improve the health benefits system," says Ciolko. "To be recognized as finalists for the Entrepreneur of the Year Heartland Award underscores our belief that the status quo is never good enough, especially when it comes to how people access and purchase health benefits."

This award announcement comes on the heels of a milestone year for Gravie, as the innovative health benefits company continues to grow at a rapid rate. The company received $28 million in a Series D round of financing earlier this year, grew its revenue four-fold over the past couple of years and expanded into several new states. Gravie also expanded its marketplace of benefits, including launching its flagship insurance plan, Comfort, the nation's first-of-its-kind health plan with zero deductibles, zero copays and 100% coverage on most common healthcare services.

About Gravie
Gravie has been and continues to be at the forefront of driving change and improving the healthcare industry by creating innovative employer-sponsored health benefit solutions that put consumers first. Comfort, Gravie's flagship product, is the nation's first-of-its-kind health plan that provides zero-deductible, zero-copay, and 100% coverage on most common healthcare services, at a cost comparable to most traditional group health plans. Learn more about Gravie at www.gravie.com. 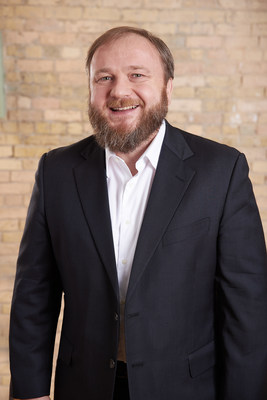